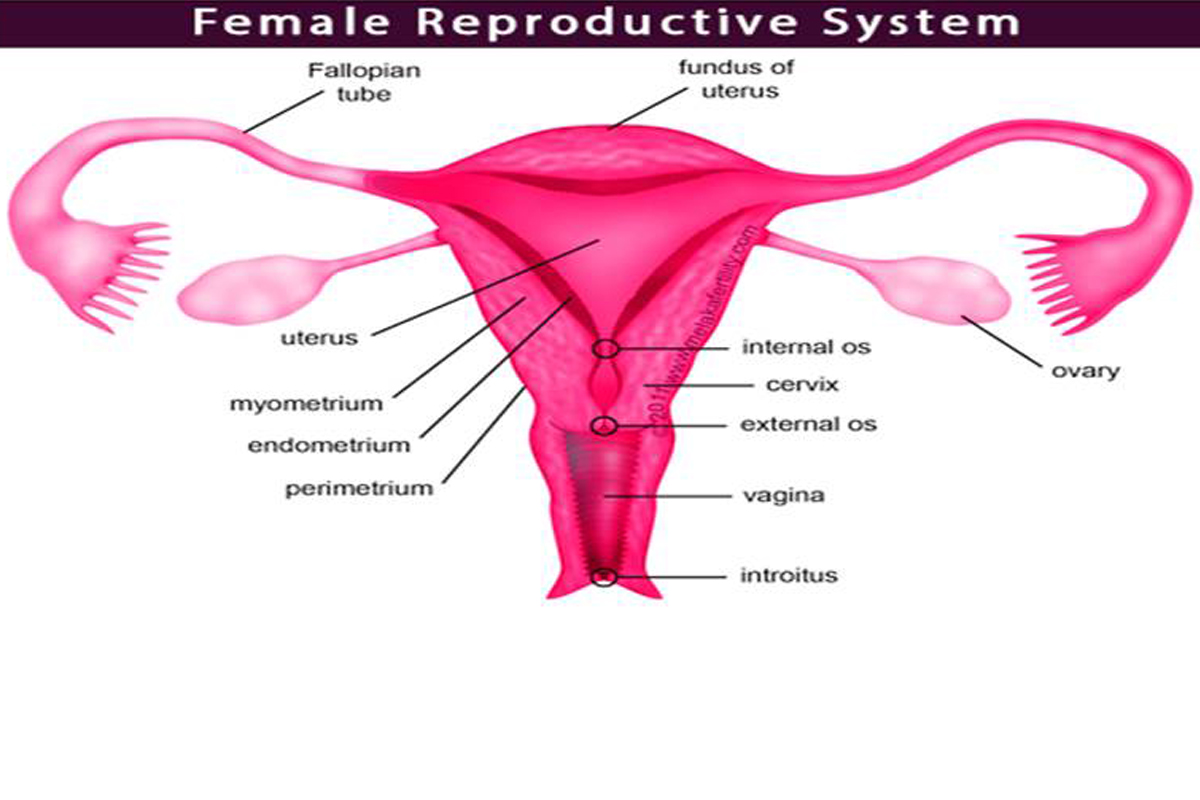 The fertilized egg then implants into the inner lining of the uterus (endometrium), at the initial stages of pregnancy. If implantation does not occur, then menstruation happens as the preparations in the endometrium get shed off naturally.

The brain stimulates the ovaries to produce female sex hormones, which maintain the reproductive cycle throughout the woman’s lifetime.

ORGANS WITHIN THE REPRODUCTIVE SYSTEM

The vagina is an elastic, tube-like, muscular part of the female genital tract and canal that admits the penis during sexual intercourse.

The vulva is the external part of the female genitalia. It protects a woman’s sexual organs, urinary opening, vestibule and vagina. It is also the center of much of a woman’s sexual response.

The uterus is a hollow muscular organ located in the female pelvis between the bladder and rectum. The uterus is the place where the embryo implants to become a fetus and grows to maturity. The uterus contains two major part; lower and upper part. The lower part of the uterus (Cervix) helps direct the sperm ejaculated during sexual intercourse into the uterus. The body of the uterus enables the sperm to swim up to the fallopian tubes to fertilize the ovum (egg). The uterus supports embryo formation and implantation. The lining of the uterus is shed during menstruation. The main function of the uterus is to nourish the developing fetus prior to birth.

The fallopian tubes are muscular tubes that are lined with delicate hair-like structures. These “hairs” work in both directions; helping an egg to travel from the ovaries down to the womb (uterus) and helping sperm travel up from the womb towards the ovaries to meet the egg released. Each fallopian tube ends in fimbriae, which are finger-like structures. The fimbriae catch and guide an egg when the ovary releases it. The fallopian tubes enhanced conception since five (5) embryo developments stages occurs within the tube.